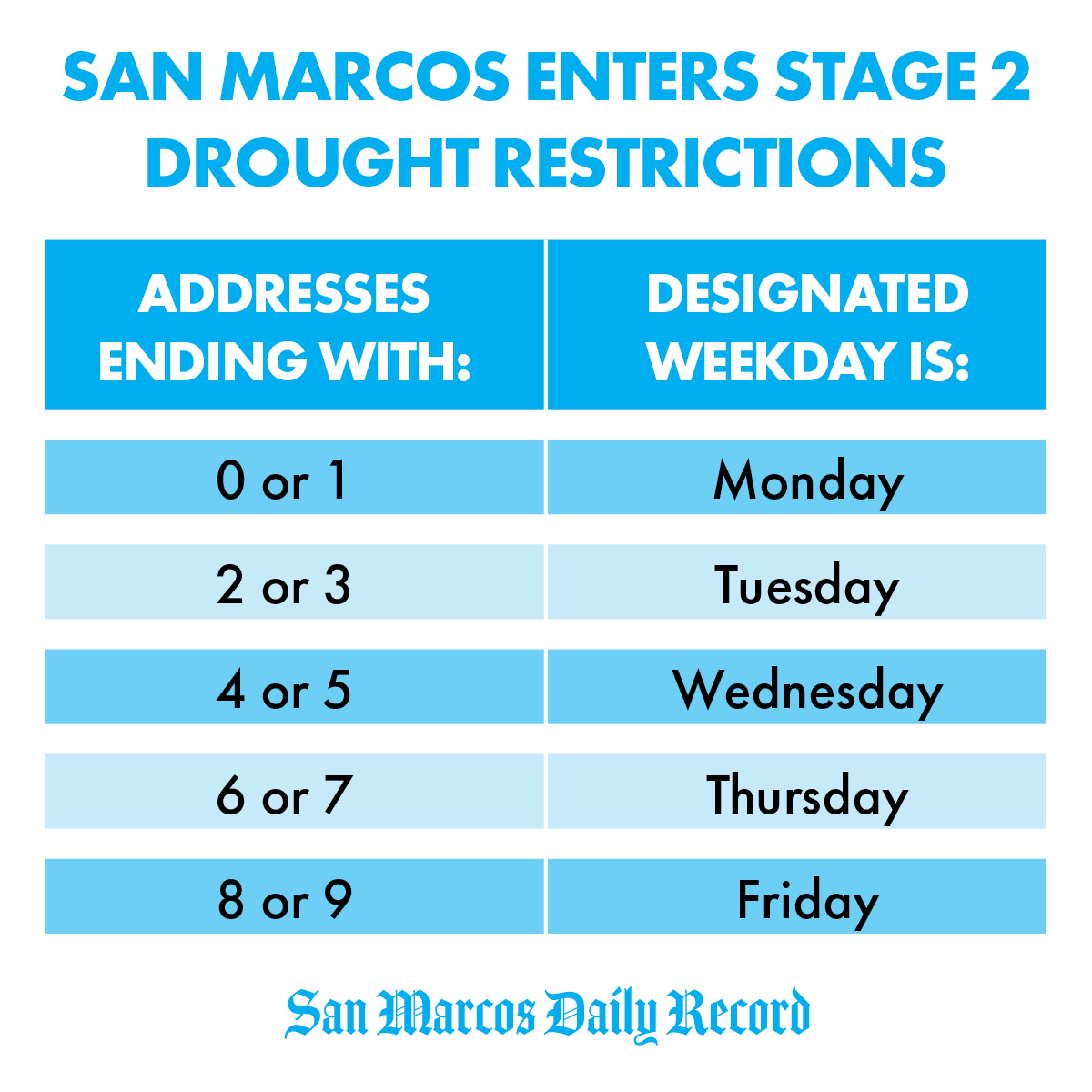 The city will enter Stage 2 drought restrictions after the Edwards Aquifer Authority declared Stage 2 pumping restrictions on Monday The EAA stated that it entered into Stage 2 restrictions as water levels decline and springflow diminishes at San Marcos Springs and at Comal Springs in New Braunfels.

The city announced it would follow suit Wednesday after the 10-day average Edwards Aquifer index fell below 650 feet above mean sea level. According to the city, the 10-day average aquifer level was at 649.3 feet msl, while the daily reading was 647.8 feet msl on Wednesday.

“Aquifer levels are dropping very rapidly at a rate of about one half to one foot per day,” Director of Public Services, Tom Taggart said in a statement. “We just entered Stage 1 three weeks ago. At this rate we could easily reach Stage 3 restrictions in just a few weeks, so it’s imperative that we do all we can to conserve our water resources.”

The City of San Marcos entered into Stage 1 drought restrictions on April 4. The city said Stage 2 drought rules are similar to those in Stage 1, however, there are additional restrictions on the use of soaker hoses, drip irrigation and decorative water features.

Soaker hoses or drip irrigation is allowed any day but should be done before 10 a.m. or after 8 p.m., the city said.

Additionally, Stage 2 rules prohibit the filling of new decorative water features such as fountains. Meanwhile, at-home car washing, washing of impervious surfaces and foundation watering is limited to one day per week.

Stage 2 rules allow hand watering on any day and at any time.