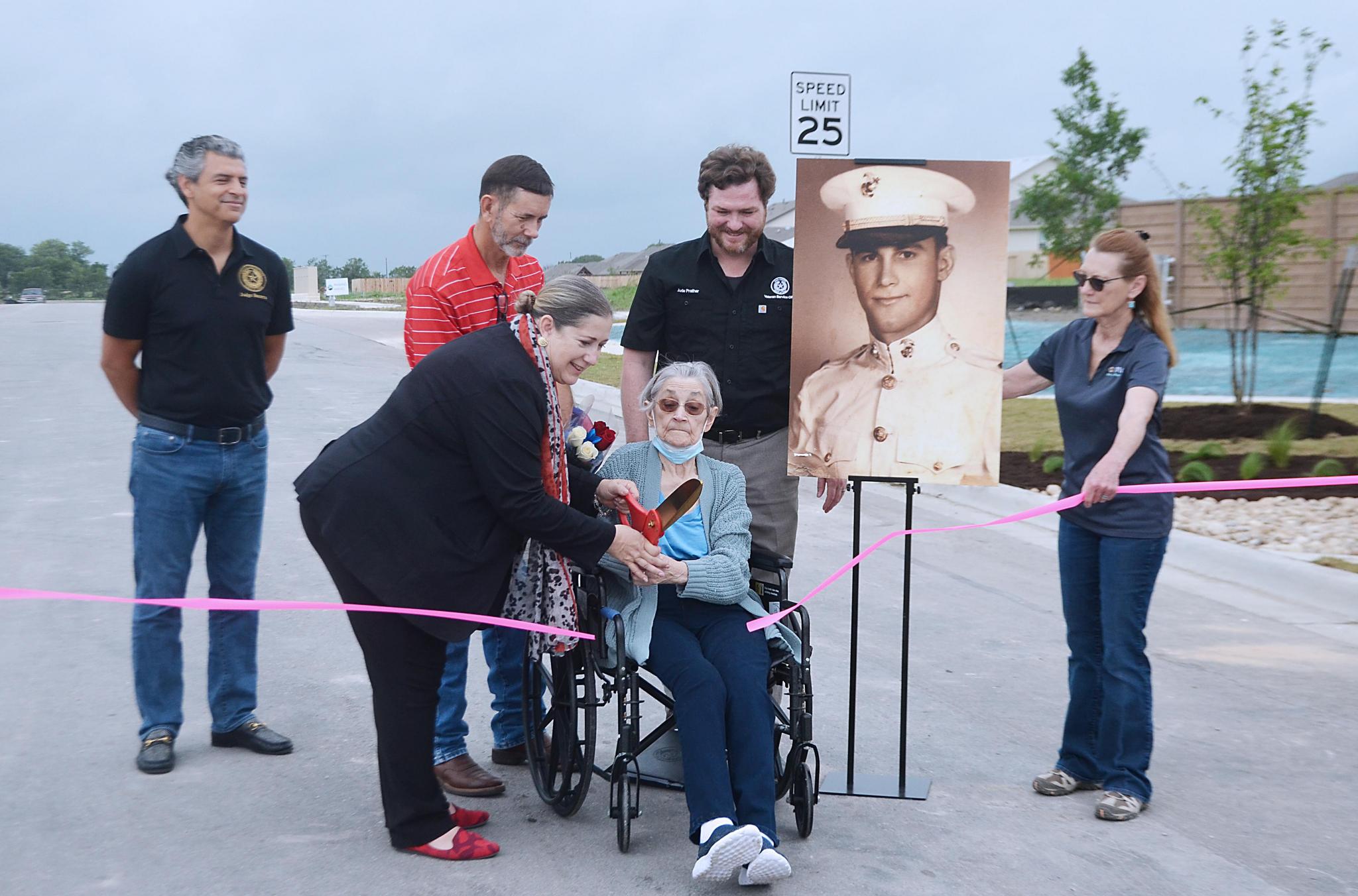 A small crowd gathered, including Decker’s sister Marylyn Decker Mitchell and great niece Dee Ann Decker-Kincke, to celebrate the newly dedicated road in  Lt. John Decker's honor. The roadway is located in the Trace Subdivision off of Posey Road in San Marcos.

Lt. Decker was the son of Hays County Judge Charles Decker, Jr. Lt. Decker fought and died in the Battle of Peleliu during World War II. Decker was wounded after his rifle platoon fought against Japanese forces. He was awarded the Silver Star for valor in combat. “His aggressive fighting spirit and unwavering devotion to duty were an inspiration to his men and in keeping with the highest traditions of the United States Naval Service,” Lt. Decker’s Silver Star citation states.

“I just can’t imagine what he was like with his fellow Marines,”  Hays County’s Veterans Services Office Director Jude Prather said. “From his Silver Star, you can tell he was a warrior, and it’s always the best who give their lives. It’s always the best that say, ‘Let me go forward, y’all stay here. This is dangerous. Let me take this on by myself'.”