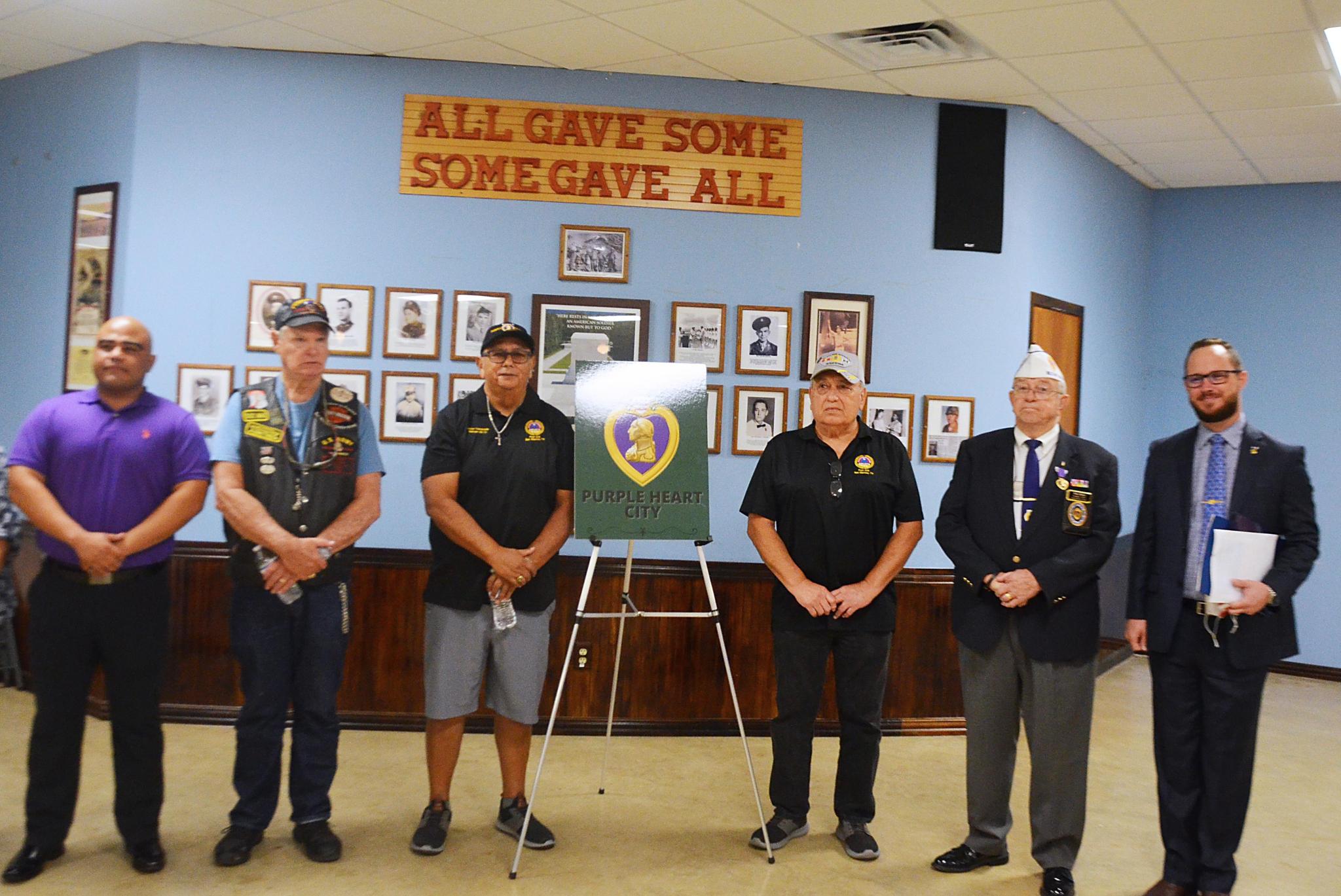 Veterans and their families gathered Saturday to commemorate San Marcos’s designation as a Purple Heart City on the National Purple Heart Trail.

The designation comes after the San Marcos Veteran Affairs Advisory Committee  made a request to become a Purple Heart City by the Military Order of the Purple Heart. The Purple Heart Trail honors servicemen and women who receive the military decoration by creating a system of roads, highways, bridges and monuments that pay tribute to them.

“The City of San Marcos is grateful for the sacrifice of Purple Heart recipients have made for our freedom and our country,” said Michael Hernandez, chair of the Veteran Affairs Advisory Committee. “By declaring San Marcos a Purple Heart City, we are saying to the world that we will never forget the sacrifices our wounded veterans have made.”

The Purple Heart is awarded to those wounded or killed during combat while serving in the U.S. military. It is the oldest military award given in the United States, originally created by Gen. George Washington and was known then as the Badge of Military Merit.

“We are indebted to the many Purple Heart recipients for the freedoms we enjoy more than any other nation in the world,” Hughson said. “How wonderful it is that we live in a country where we practice freedom of speech, religion, to agree or disagree with government, to work, live and travel all because of the sacrifices given by these brave servicemen and women.”

U.S. Marine Corps veteran Micah Wright spoke to the crowd gathered Saturday. Wright received the Purple Heart after he was injured during his third tour in Iraq. Wright’s Humvee struck an anti-tank landmine on Jan. 19, 2006. He underwent nine surgeries to repair his broken leg and a year-long rehabilitation stint at Brooke Army Medical Center in San Antonio.

“Even during that time, I still didn’t fully understand what receiving a Purple Heart truly meant,” Wright said. “To be completely honest, I had a hard time recognizing the deeper meaning. I considered my wound to be a symbol of an end, an end to my time with my battalion overseas. An end to walking without pain. An end to my time as a marine. My perception of what had happened, skewed by the difficulties I faced drove me to misunderstand, not just my experience, but subsequently the experience of others. A few years later, I finally realized that a Purple Heart is not a symbol of something ending but rather it is a representation of a new beginning.”

Wright attended Texas State University, where he founded the Tudor Corps — a veteran-to-veteran tutoring initiative at the university.

“Texas State, and San Marcos, opened its arms to new ideas of how to serve our nation’s veterans,” Wright said. “By simultaneously working with the university and partners in the city to support our student veterans.” 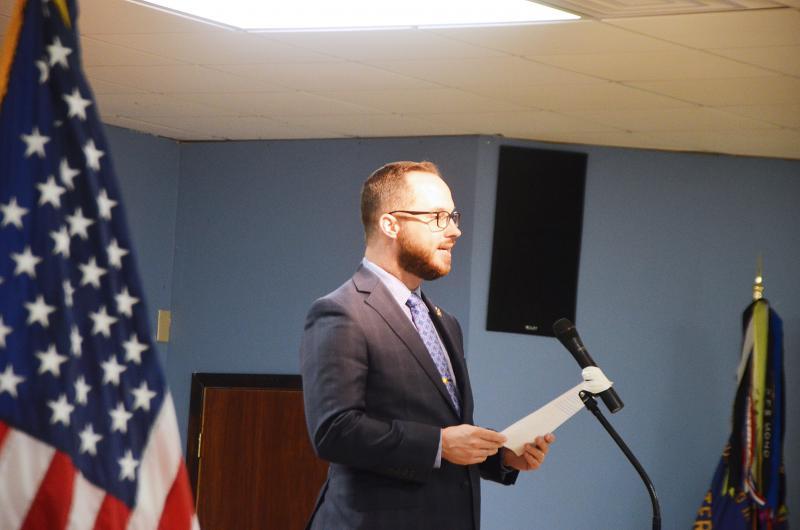 Above, Micah Wright, who received a Purple Heart after being wounded in Iraq in 2006, speaks to a crowd at a ceremony commemorating San Marcos's designation as a Purple Heart City. Daily Record photo by Nick Castillo

“A history in which we stand together, regardless of the adversity at head. With an engraving of George Washington in Continental uniform, this medal was meant to remind us of great strength and fortitude,” he said. “For each battle we fight, Purple Hearts are earned. Despite the threat of being wounded, we still muster the courage to fight again.

“...I, for one, am looking forward to seeing the amazing impact that San Marcos will make as a Purple Heart City in the years to come.”