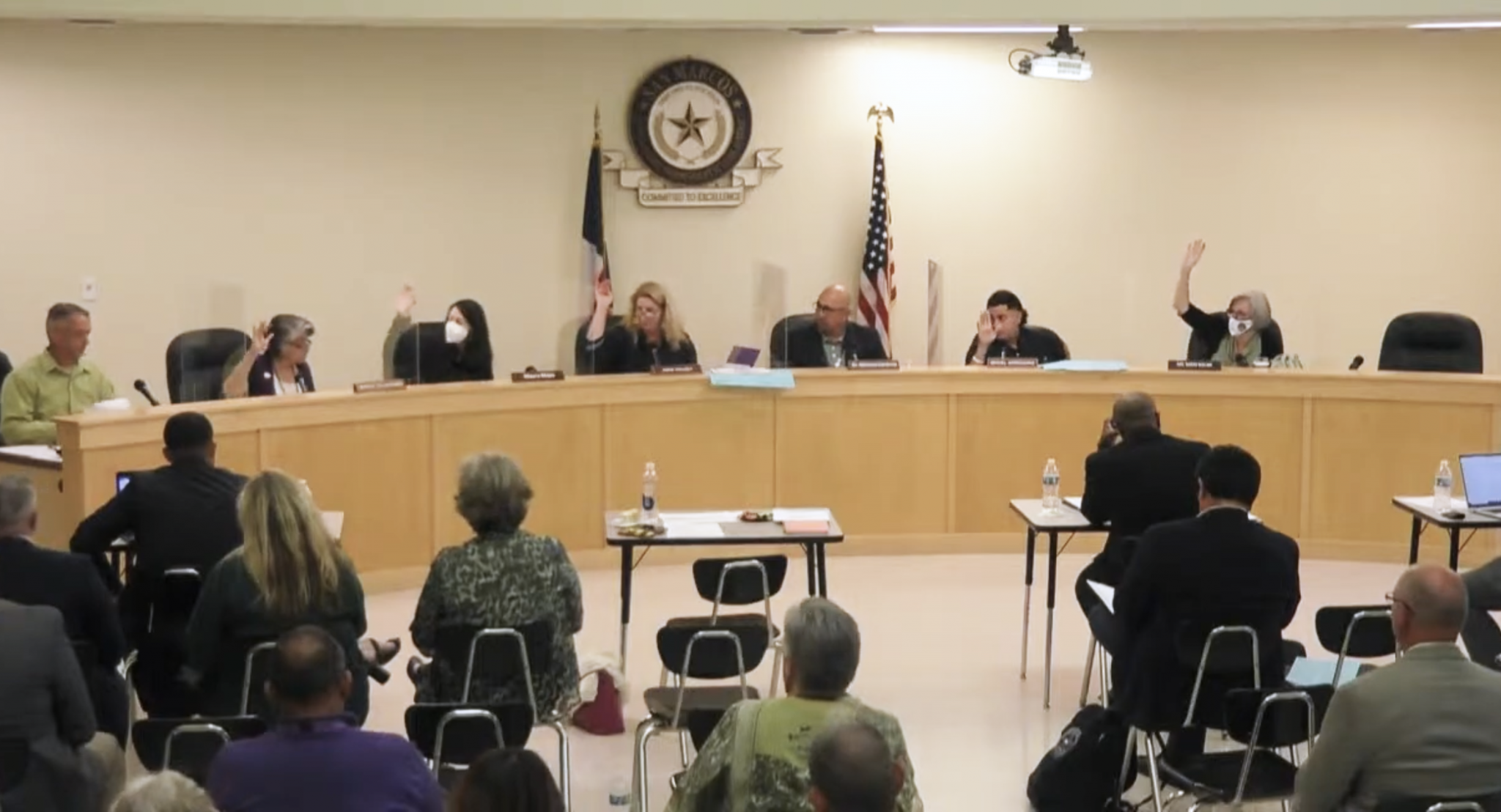 SMCISD’s Board of Trustees approved a 3% raise for teachers, 3% raise for other professional employees and a 5.26% raise for classified employees during Monday’s regular board meeting.

Prior to approval, Trustee Mari Salmi said she was in favor of an option that provided a raise only to teachers, citing the district’s deficit budget.

“I think this is an opportunity for us as a district to focus on pay increases for our teachers, specifically this year, which is why I personally requested information on option one to allow us to minimize the impact on our budget, which we’ve all seen is going to be a deficit budget this year,” Salmi said. “Also, acknowledging that as classified workers, we, last year, increased our hourly minimum pay to $15 an hour, which is something surrounding districts had not done and we are still — based on the data we’ve gotten from our HR — in a much better position for classified employees’ pay rates for many of our surrounding district’s, particularly those of comparable sizes. So, I’m very interested in focusing on our teachers’ pay raises this year and acknowledging that all of our staff work very hard but we are approaching a real crisis of teachers leaving this profession and I think it’s something we need to tackle.”

Trustee Miguel Arredondo said he was comfortable with approving a raise for all employees because the district’s staff has been able to work toward a balanced budget in prior years.

“I agree with Mr. [Brian] Shanks and Dr. Salmi, that we need to prioritize teachers and that they deserve to be paid but I think over the last two years that it’s taken every employee at every level of classification to keep the [school district] open,” Arredondo said. “It was teachers who loaded buses to deliver meals during the pandemic, it was our food service workers and our bus drivers, right? … I don’t think there was anyone who called it in over the last two years. So, this notion that, I wish it were that easy for me to differentiate between employees and say, ‘some get a raise, and some don’t.’ I think after the past two and a half years, everybody deserves it at every pay classification.”

The 3% raise for teachers, 3% raise for other professional employees and a 5.26% raise was approved by a 5-1 vote with newly-sworn-in trustee, Brian Shanks as the sole no vote.

Alongside pay raises for district employees, the board also approved a $3,000 employee retention incentive. Retention payments would be split in two installments with one payment on or about Oct. 28, 2022 and the second on April 28, 2023. Eligible employees include those who are employed with the district on the first day of the upcoming school year.

The retention payments will be coming from the district’s ESSER III federal funding. The trustees approved the retention incentive, 5-1.