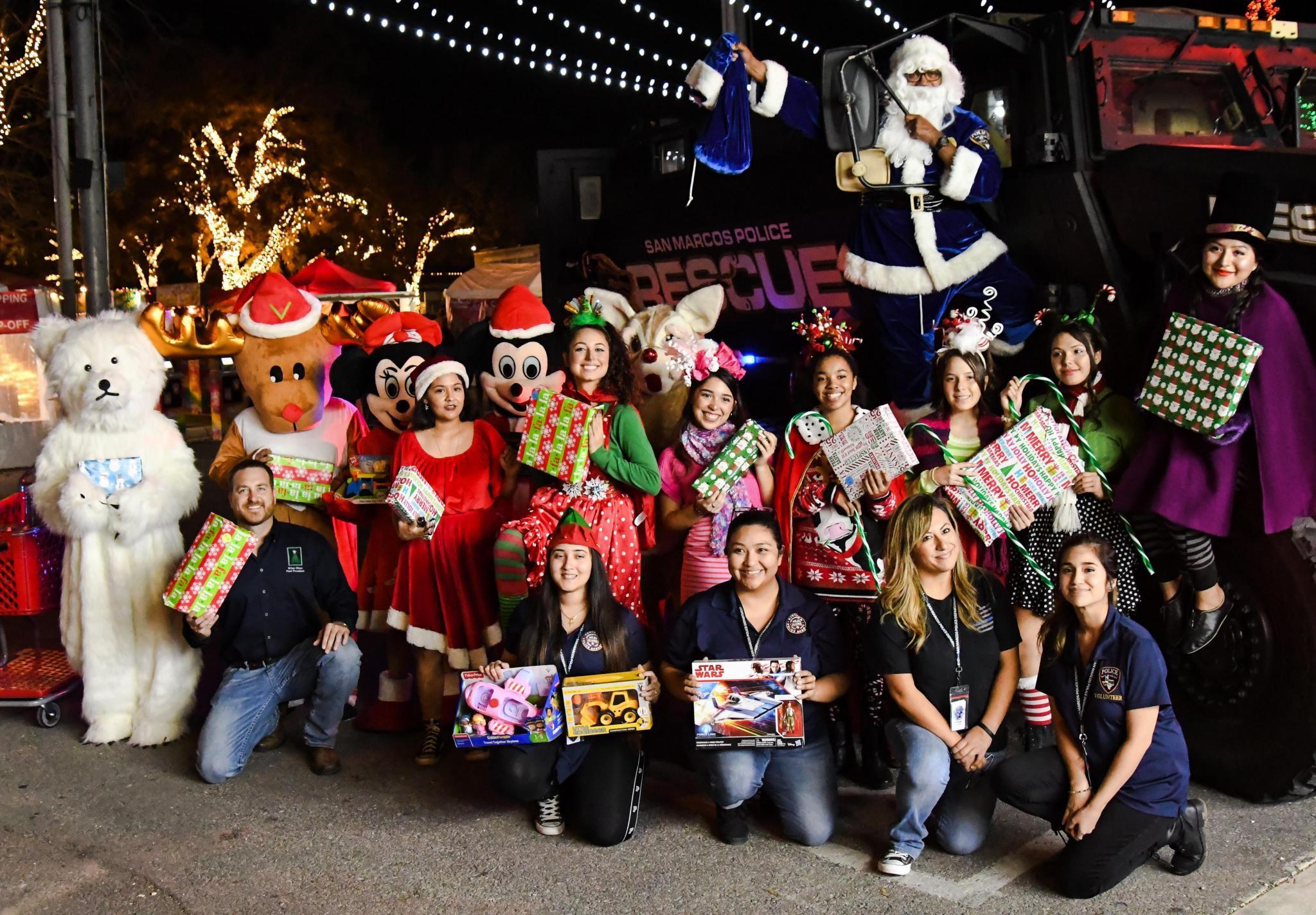 The San Marcos Police Department’s Blue Santa Program is now accepting applications as it celebrates its 50th year of giving to local families.

The Blue Santa Program is partnering with Texas State University’s police department to provide toys for kids this holiday season.

“It’s touching to see the impact the Blue Santa Program has had on families in San Marcos over the years,” said Laray Taylor, San Marcos Police Officer and Blue Santa organizer. “One year, I met a father who brought his children to help wrap presents prior to distribution. He said that the program had provided for his family when he was a kid, and he wanted his children to help give back to others in the community.”

The City of San Marcos said the Blue Santa Program — which began locally in 1972— is the largest holiday toy giveaway in San Marcos, distributing toys to more than 350 families in 2021.

SMPD is accepting completed applications until Monday, Nov. 28 at 5 p.m. Applications must be returned to SMPD in person at 2300 South Interstate 35.

The city said applications are available online in English and Spanish at sanmarcostx.gov/bluesanta. Applications can also be picked up in person at SMPD or the Health and Human Services Department, 1901 Dutton Dr.

The city said community members are invited to support the Blue Santa Program through monetary donations in person or by mail to: San Marcos Police Department, Attn: Blue Santa.  Checks should be made out to San Marcos CPA Blue Santa. All donated funds will be used to purchase toys, the city said.

There won’t be an opportunity for volunteers to participate in gift-wrapping events due to space limitations, the city said.