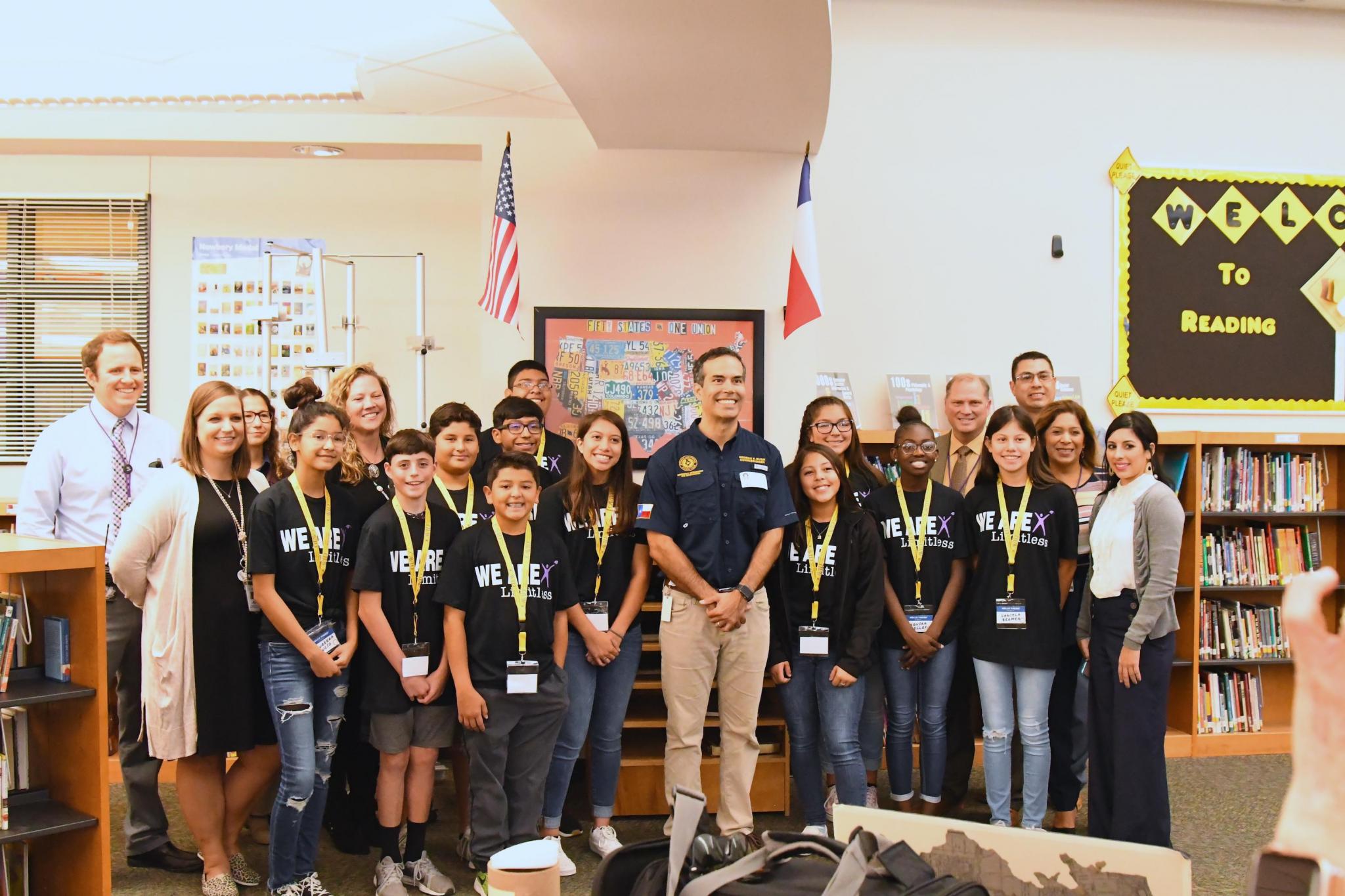 “I’m a recovering high school teacher myself, and we maintain such incredible primary sources at the land office that I thought was a great way to connect Austin to the classroom to travel around the state," Bush said. "There really isn't any rhyme or reason or an algorithm that we punched in a computer in terms of how we arrived here today. But we wanted to touch as much of the state as possible. So if you look at our itinerary it includes all major regions of the state, and we'd be remiss to not be here today.” 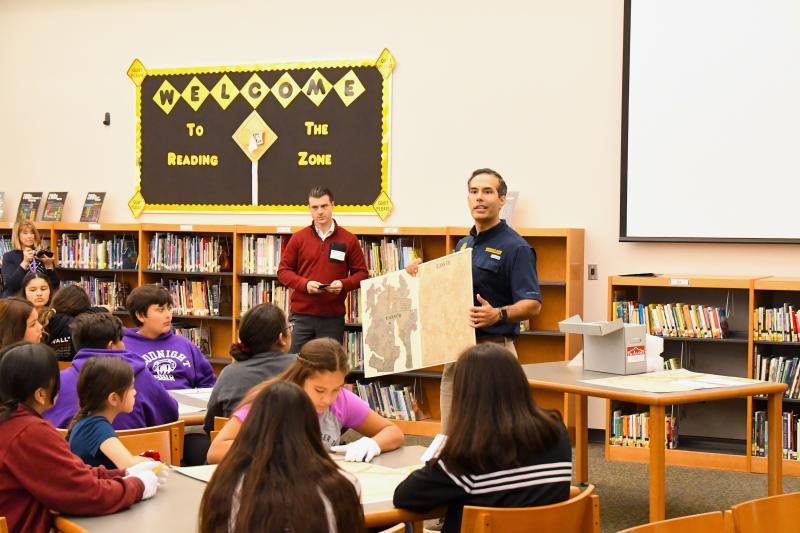 Bush gave a history lesson using a map of Texas from the 1800s.

Monday’s visit to Goodnight was Bush’s 44th classroom visit. AVID students greeted Bush to begin the outing, where they showed him a presentation of programs their school offers. Following his meeting with AVID students, a class of 7th graders sat around tables in the library as Bush taught them a history lesson involving a map of Texas, which was generated by the Mexican Army in 1800s and created in Philadelphia. He concluded his lesson by showing them a cannonball recently discovered at the Alamo, which is believed to have been fired by the Mexican Army during the Battle of the Alamo.

“The cannonball's a new addition,” Bush said. “We started that in San Antonio late last year and the kids love it. I mean you see their eyes light up. It's a primary source when they see the importance of what military history is to how Texas came to be Texas. It's, I think, the best way in which you can make history come alive.” 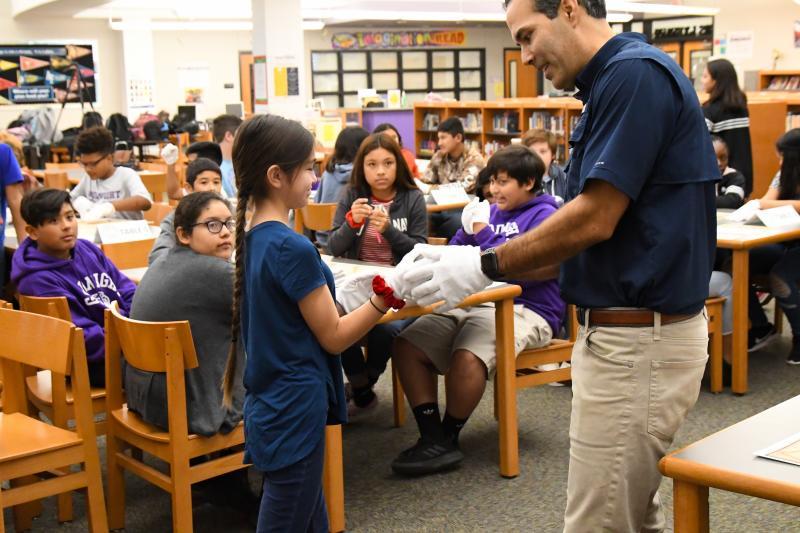 “Goodnight does a great job of showing the kid what's out there, even before they even leave middle school, and being exposed more to the AVID program,” Bush said. “So beginning that discussion, connecting community colleges to high schools. Now, middle schools which is great for kids at this age to see what's out there in a constantly evolving dynamic economy that we live in.” 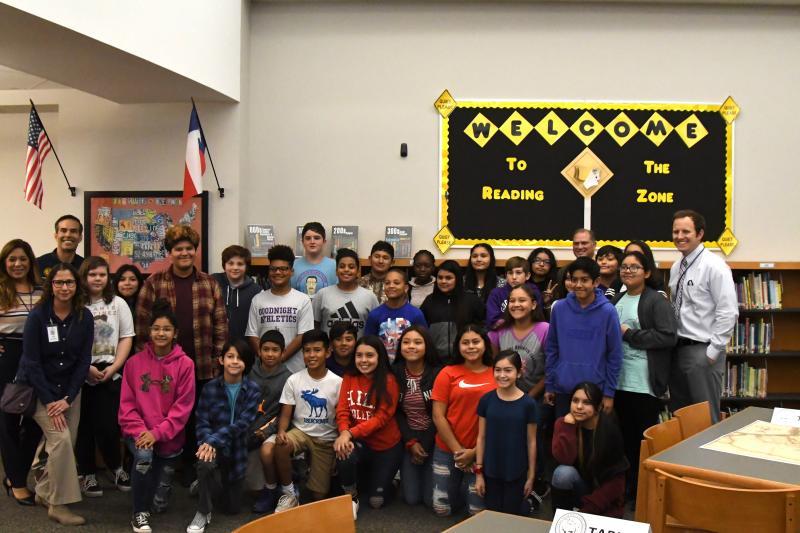 A class of 7th grade students takes a picture with Bush following his history lesson presented inside the school's library on Monday morning.

Goodnight principal Rose Pearson said it was an honor to have Bush visit the school.

“We got to highlight the many opportunities that we have for our students and our AVID students were so excited to present to him,” Pearson said. “What it meant overall was just that we have a public official who cares about education and is willing to come and teach a lesson to our scholars on maps. It was a tremendous lesson. The kids got a lot out of it and it was just a great day.” 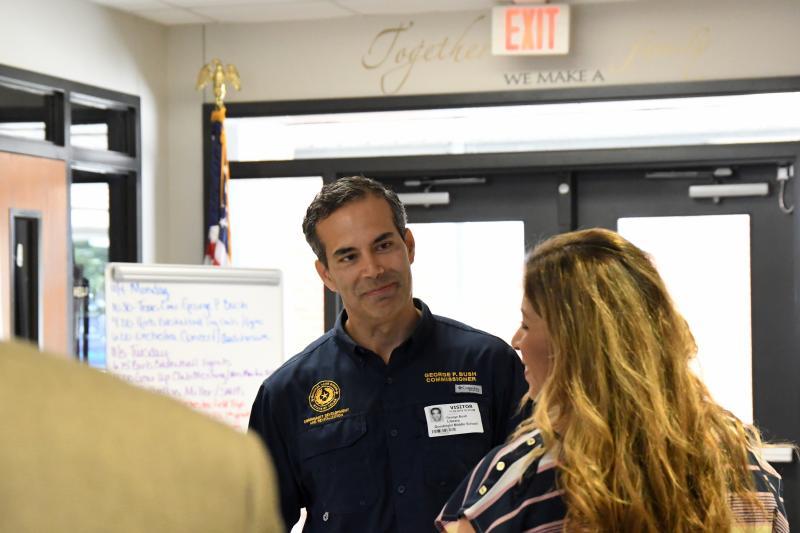 Bush speaks with Goodnight Middle School principal Rose Pearson after arriving at the school on Monday.