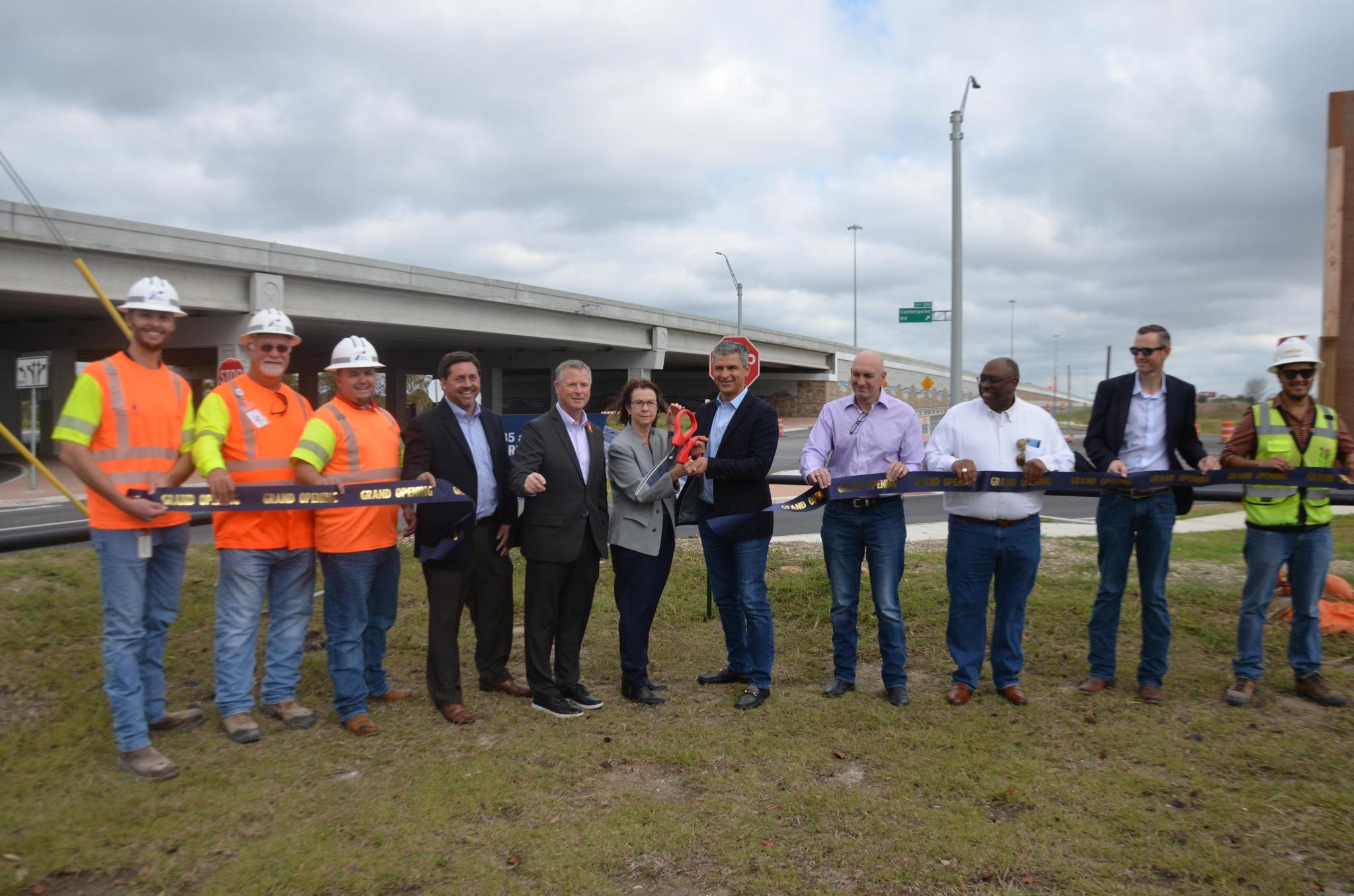 TxDOT cuts ribbon on I-35 at Posey Road project

Officials from the Texas Department of Transportation, Hays County and City of San Marcos gathered to celebrate the completion of the Interstate 35 at Posey Road project.

“I think this is probably my, at least my, third visit to Hays County in the last two weeks to either break ground or cut a ribbon on a project,” said Tucker Ferguson, district engineer of TxDOT’s Austin District. “It goes to illustrate how great a partner Hays County’s been with TxDOT in advancing these projects … We’re very pleased to celebrate the groundbreakings but really happy to celebrate the ribbon cuttings because that’s when the projects get finished.”

The I-35 at Posey Road project replaced the existing interchange configuration with a new I-35 mainland bridge, aiming to address safety and mobility in Hays County. Prior to construction, a bridge crossed over I-35.

The work done included the construction of a new overpass on I-35 over Posey Road, according to TxDOT. Additionally, U-turn lanes, ramp reversals and frontage roads were converted to one-way as a part of the project.

Construction began in February 2019 and was conducted in four phases. Webber, LLC served as the contractor for the project. The first phase included the demolition of the Posey Road bridge over I-35 followed by construction of the I-35 bridge in the second phase. The third phase shifted the northbound I-35 mainlains as work continued on the I-35 bridge and the southbound I-35 entrance and exit ramps near Posey Road were reversed. In phase four, work on the bridge was completed, construction on new entrance and exit ramps were ended and drainage structures and final paving and striping operations were conducted. 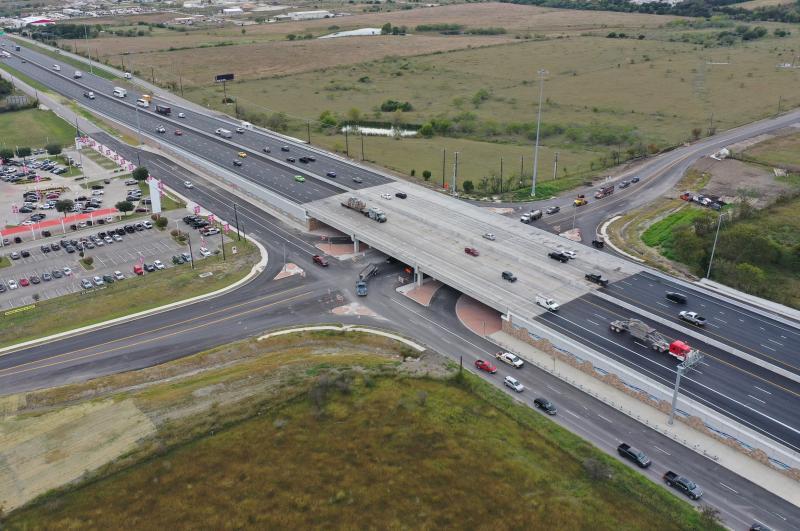 “This project is another example of us working with our partners in the Mobility35 program, which looks to enhance mobility, safety on the I-35 corridor from Williamson, Travis and here in Hays County,” Ferguson said. “This entire intersection was reconstructed. So, if you remember a few years back, Posey Road went over I-35 and just looking at the tight radius that we had on turning movements and trucks … [drivers] had a very difficult time navigating around this. And we felt it’s time to do something to modernize this intersection.”

Becerra thanked current and previous Hays County leadership for their work on helping the project to its completion, saying how happy he was to be a part of the project’s end.

“We are the epicenter. We are Hays County, the fastest growing county in the state. That’s a blessing and that’s why [TxDOT keeps] coming back,” Becerra said. “But I will say, we have flipped it and reversed it … and there’s so much more to come and I’m just a grateful witness to all of this wonderfulness.”

Shell said the two-year project was “very smooth,” and a lot of forward thinking went into its completion.

“A lot of times when you do something this major, it results in a lot of phone calls and emails and people not being too happy with you,” Shell said. “I would say that this has been a very smooth project. It’s been really well run. It’s been safe the whole time and it’s really allowed for us to continue to do what we’re doing the best that we can. It is nice to see it open and so appreciate all your partnership with the state and hopefully we can keep doing this in the future.”

Hughson added that’s “It’s always great to be at the completion of a project.”

“Yes, I was here when we broke ground and I’m so happy that we’re celebrating this construction being complete,” Hughson said. “As noted, San Marcos continues to be one of the fastest growing cities in the U.S. It’s great news but the growth of the city does mean that we get some congestion and some road projects. This project helps address the bottlenecks that we had here.

“So, this is a much more efficient roadway. We did deal with traffic delays and detours, that’s always necessary when a project is underway. And it just makes you more appreciative when it’s finished.”