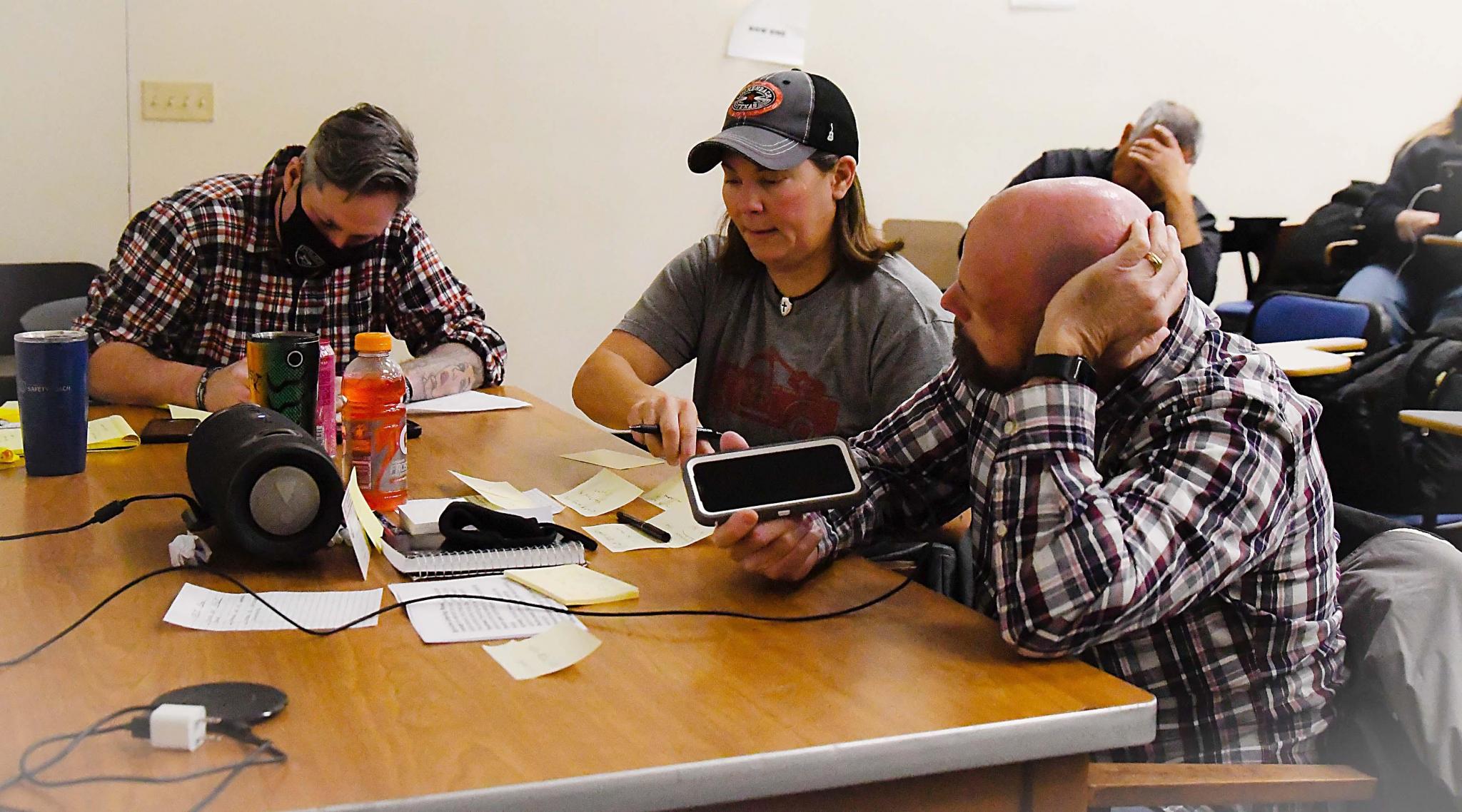 Sitting around a table Wednesday morning, members of the Hays County Sheriff’s Office and San Marcos Police Department hear a voice coming from an iPhone.

A man is on the other line. He and two others are holding five people hostage. The job of this team of law enforcement officers is to negotiate their way out of this crisis. It might be a mock situation but the scenario is meant to test those attending the 31st annual Competition and Seminar for Crisis Negotiations at Texas State University.

“It’s the most unique hostage negotiator training in the United States,” said Wayman Mullins, professor of criminal justice at Texas State. “We’re really the only one that does this kind of training. There are associations that have conferences. But this is about practicing all your skills, not listening to a bunch of speakers.”

Texas State’s hostage negotiation competition has grown in its 31 years. Mullins said that it began as a friendly wager between law enforcement in Austin and San Antonio, then it expanded to four teams, then eight and in 2020 the competition saw 40 teams from around the globe.

Amid the COVID-19 pandemic, Mullins said he wasn’t sure this year’s event would occur. But Texas State approved a limited competition for 2021 with only nine teams competing, including members of the Federal Bureau of Investigation and Bureau of Alcohol, Tobacco, Firearms and Explosives. The actors involved in the hostage competition — students at Texas State — participated in another building to limit any possible spread of the coronavirus. Teams spaced out in rooms inside the Hines Academic Center.

“This year, we’ve got plenty of space, people playing by the rules,” Mullins said. “We can’t have a lot of observers. Hopefully, next year we’re back to full strength.”

What separates Texas State's competition from others is the mock situations, Mullins said.

“We bring expert negotiators from around the world to evaluate and assess their performance,” he said. “At the end of the day, we award a trophy for first, second and third place … We found that the competition for that trophy adds the stress that we’re looking for because these incidents are stressful. They’re life and death.”

Mullins said over the years participants in the competition have said this has prepared them for the real world.

“Over the years, what these folks have reported back to us is they feel under more stress here than they do for real,” Mullins said. “One, they’re being observed by their peers. And two, somebody is evaluating their performance. So, we actually have accomplished far greater than what we thought we would.”