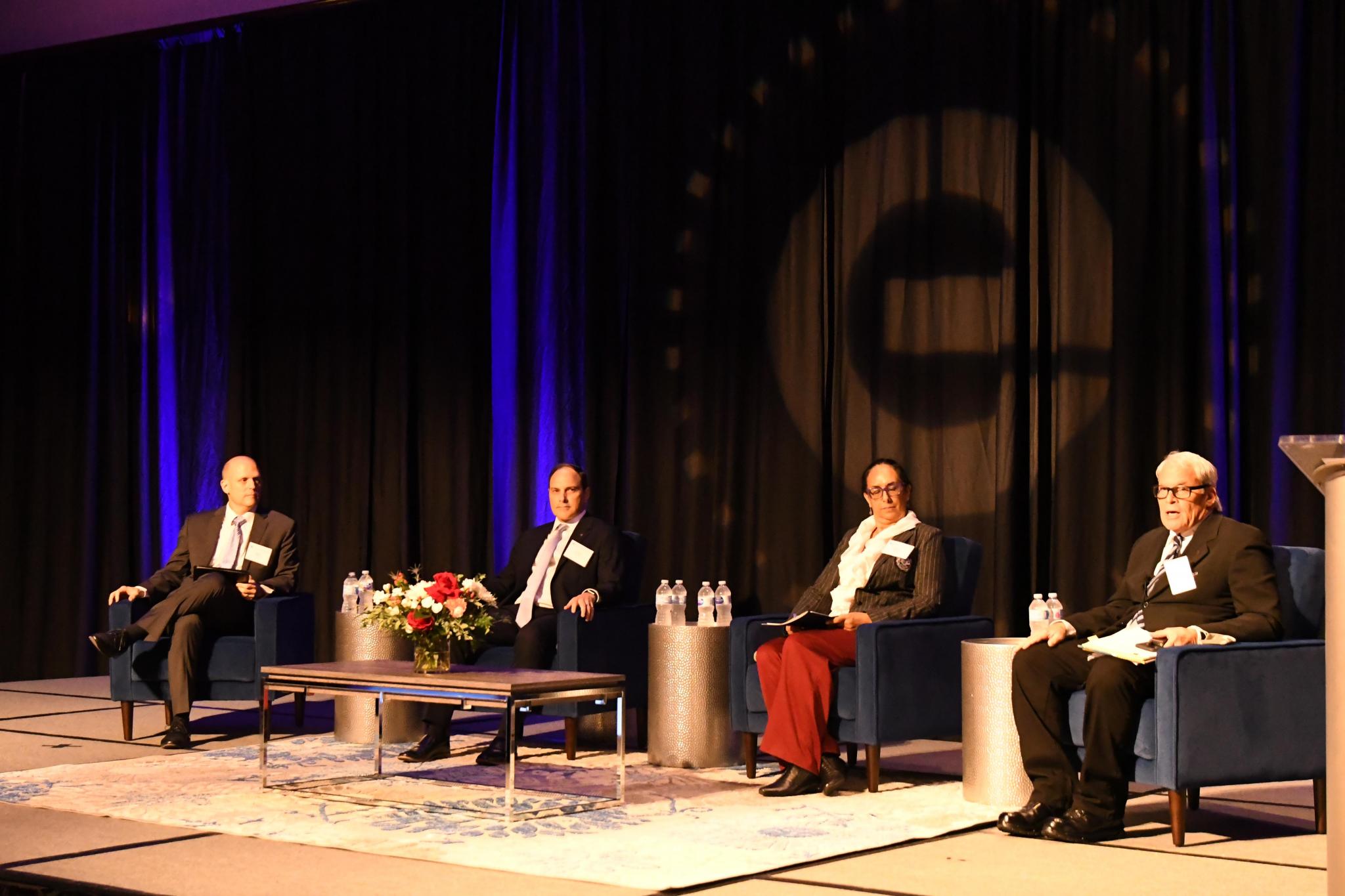 Giulietti highlighted the region’s rapid growth, citing Hays County as the fastest growing county in the country, as well as an educated workforce and low unemployment rates for the region’s success during Thursday’s event at the Embassy Suites/San Marcos Conference Center. 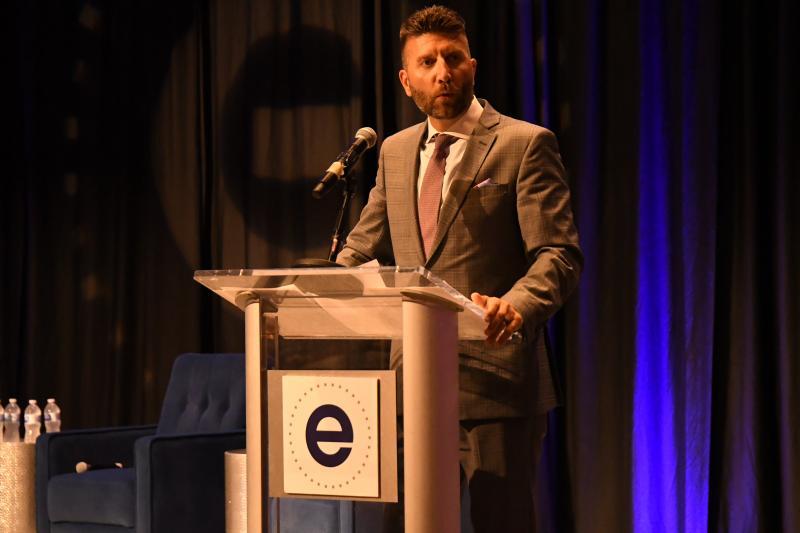 GSMP saw a record-breaking 14 economic development deals across the Texas Innovation Corridor, which encompasses Hays and Caldwell counties, in its 2021 fiscal year, Giulietti said. In the start of its new fiscal year, GSMP has already announced the expansion of CED Greentech in Buda and Chem-Energy in Caldwell County.

“In fiscal year 21, the [GSMP] was able to provide more than $75 million in new revenue to our communities in Hays and Caldwell counties,” Giulietti said. “Think about what that does for you as residents, as taxpayers, that softens that burden that allows them to build the fire stations needed, the schools needed and the opportunities to grow those communities and to keep up with demand. So, we’re proud to share that number, we're proud to share that this business growth is making our economy stronger.”

“In terms of growth, from 2010-2015, this particular area, the Texas Innovation Corridor, was one of the nation’s fastest growing and I think it will continue to be a high-growth area — 44% increase in population since the last census,” Román said. “...And then an educated workforce, and again, Texas State — this is key — Texas State is really helping build here. You see that 89% of the population has a high school education, so that’s good news. And then 30-35% are getting bachelor’s [degrees] and you keep growing that and you keep growing the opportunity for higher wage, higher skilled labor force and I think that’s important.”

Following the economic outlook, Giulietti led a panel discussion with local experts who shared insights on how the current environment has impacted their approach to thriving in today’s economy. The panel featured Donny Hirsch, director of corporate manufacturing at Thermon Industries; Jessica Rudman, branch manager at Priority Personnel; and Shilpa Amin, owner of Stonebridge Hotels, LLC.

The panel first shared their thoughts on business during the pandemic.

“As all of you know for the past year, or two years now, it’s been a tough environment to do business and we’ve been manufacturing here in San Marcos, our company has been here since 1970 and the past two years have been a very tough environment,” Hirsch said.

“2020, for us, the really big task was how to contract your operation to sort of keep things running, not shut down,” added Amin. “We managed to keep our properties open by shutting down certain departments: the restaurants, the bars, we shut down.” 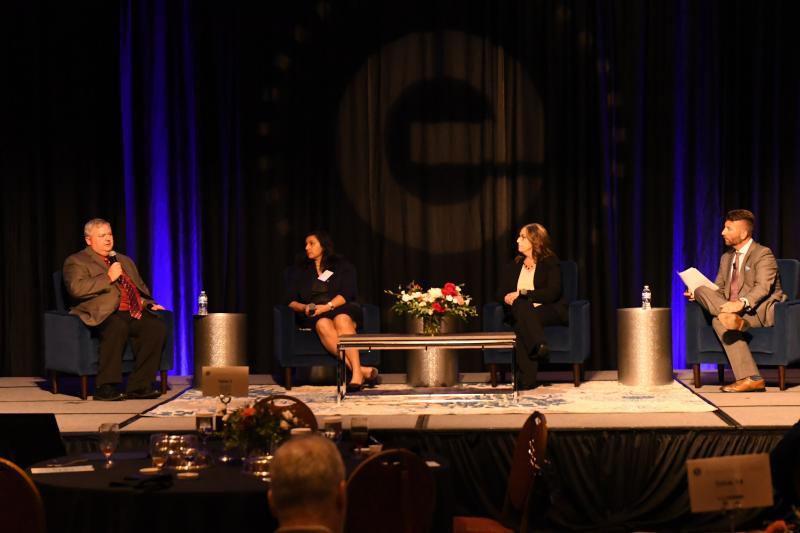 The panel also shared their thoughts about what the future holds for their respective businesses in 2022.

Amin said with travel back Stonebridge Hotels is exceeding its 2018 and 2019 numbers during weekends.

“My understanding is that business travel is about 75% back nationwide,” Amin said. “By [quarter two] and [quarter three] of next year, it should be back to pre-COVID levels … I don’t think, even with variants, I don’t think that travel is going to be anything that’s gonna just boom for the next few years.”

Hirsch said he expects Thermon Industries to have a healthy fiscal year in 2022.

“We’re going back to levels that were pre-COVID and well beyond that so we do see continued growth,” Hirsch said. “There’s a lot of strength in the economy and we do expect that to continue to do well over the next year.”

Rudman, who said Priority Personnel staffs businesses across the region, said a pocket of the workforce is still absent.