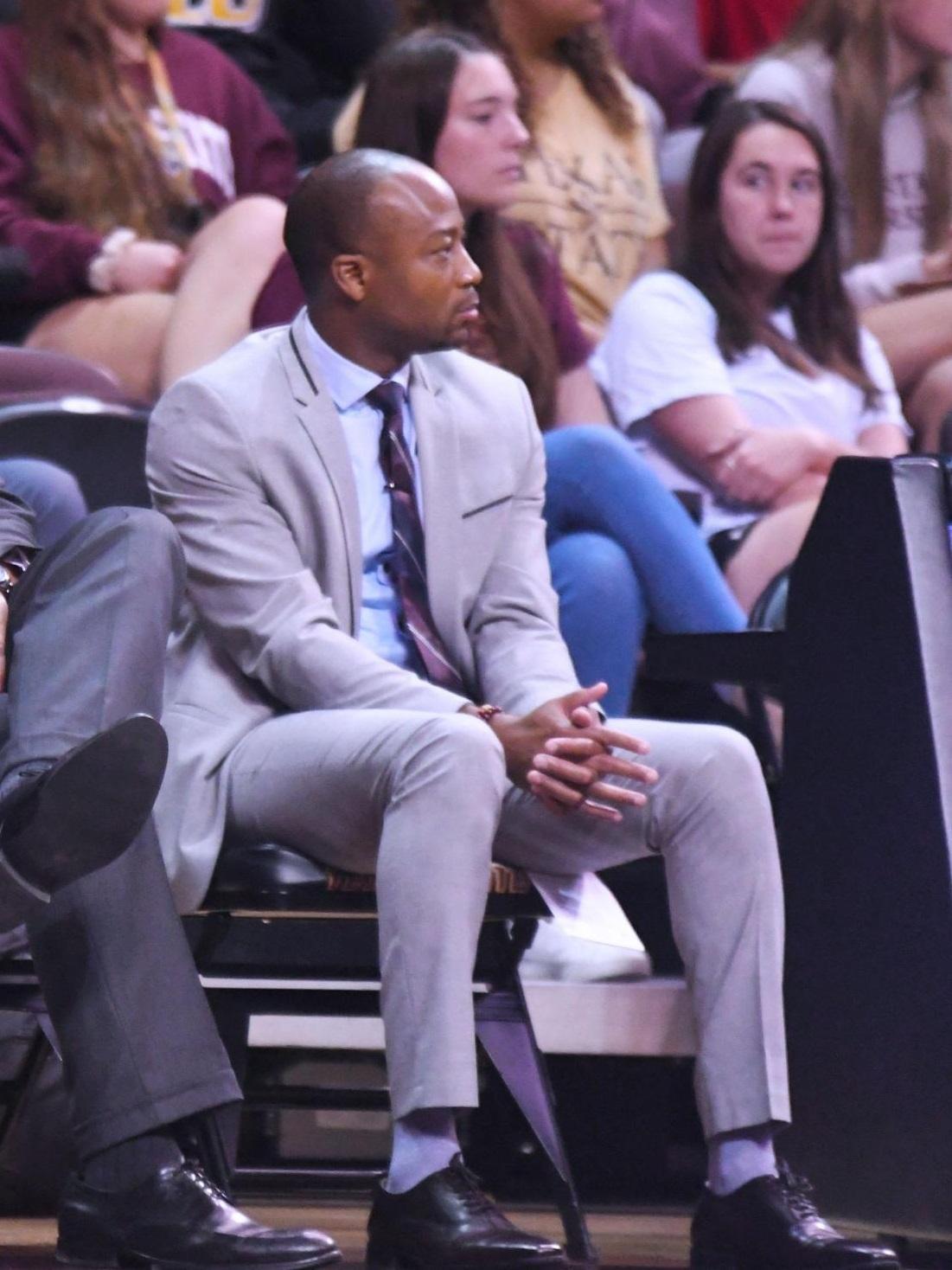 The news came as “a little bit of a shock” to the Texas State men’s basketball team.

Danny Kaspar had been away from the Bobcats for over three months. The university was conducting a Title IX investigation into the head coach after Kaspar allegedly made racially insensitive comments toward his players. The team was left in the dark, unsure of what would happen.

But on Sept. 22, Kaspar handed in his resignation letter to Director of Athletics Larry Teis. The head coach of the past seven years was stepping down and leaving the team without any sense of closure.

“We have to understand that some of these guys, they're still kids. And just like anything, Coach Kaspar was a father figure to a lot of them,” new head coach Terrence Johnson said. “I think they went through a little bit of a transition.”

It’s been over seven weeks since Kaspar’s departure, but Thursday was the first time anyone from the school commented on the effects of the former head coach leaving. The night Kaspar’s resignation was announced, Texas State added that Johnson would serve as head men’s basketball coach for the 2020-21 season and that “The University will not be making any additional statements.”

In an email informing media members of the team’s upcoming press conference that was set to take place on Nov. 3, the school stated “Questions regarding the situation about former Texas State men's basketball coach Danny Kaspar will not be (addressed). We are only answering questions concerning the upcoming season and the roster for this year.”

Yet, when the media day was moved to take place after the team’s practice on Thursday in Gym 102 at the Jowers Center, Johnson and the players were open to sharing their offseason experiences and how the team handled the Kaspar situation.

“We did counseling and stuff here. Like, we got closer. It brought us together, honestly,” junior guard Caleb Asberry said. “We were really just focused on (basketball). Honestly, we had no control over (the investigation), so we really weren't too much focused on it.”

“It was really hectic just, like I said, not knowing what was gonna happen,” junior guard Mason Harrell said. “But I think we did a good job of staying focused and staying together.”

Kaspar’s shadow still hovers over the program, as can be expected from a coach who delivered three 20-win seasons in the past four years — a feat that hadn’t been accomplished by the Bobcats since 1993-94. Johnson said there hasn’t been a day since he assumed head coaching duties that somebody didn’t mention Kaspar’s name.

While Johnson himself hasn’t been in touch with Kaspar recently, a couple of Texas State’s assistant coaches have and Johnson believes Kaspar truly wants what’s best for the team.

“My relationship with Coach Kaspar, it hasn't changed. You know, Coach gave me an opportunity to be here and I really, really appreciate that,” Johnson said. “Coach Kaspar had a direct relationship with every single individual in that gym. He was the reason why everybody got here.

“Relationships are webs and you get entangled in those webs. So those guys helped Coach win a lot of games and he helped them experience a lot of success. So I don't think any of our guys felt like it was their place to make a decision on that. What they wanted was what they've always had and that's a sense of security, a sense of normalcy. And they wanted the best thing for the team. And whatever that was, was to be decisive, a decision to be made, so that they can move on.”

Johnson didn’t feel the pressure of being a head coach while Kaspar’s investigation was still ongoing. He considered himself just the interim, with the possibility that Kaspar could eventually return.

But once Kaspar cut ties, it became impossible for Johnson to evade the weight of the program on his shoulders. As a former member of Kaspar’s staff, Johnson wants to hold the team to many of the same high standards Kaspar set in place.

“For the most part, man, this is NASCAR. You know, the former coach built a great car. We're just trying to change the tires so we can keep staying on the road, staying on the path,” Johnson said. “And that's what I'm doing. But at the same time, I gotta do it my way and my way is just a tad bit different.”

The players have adjusted well to Johnson as head coach, noting his “extremely high” expectations for them both on the court and in the classroom.

“He's awesome. He knows his stuff, he's a great coach, a great leader, and it's bigger than basketball with him,” Harrell said. “It's a lifestyle. You know, he's getting us ready to be great young men.”

Johnson will make his head coaching debut against Mary Hardin-Baylor on Nov. 25 inside Strahan Arena. It’ll be the first time Kaspar isn’t on the maroon and gold sideline since March 15, 2013.

Texas State endured its offseason turmoil. Now its transition will be put to the test.

“We've provided our kids with the right amount of support that they need,” Johnson said. “And I think that they've accepted where we are and that they've embraced the challenges that are ahead in the Sun Belt Conference.”